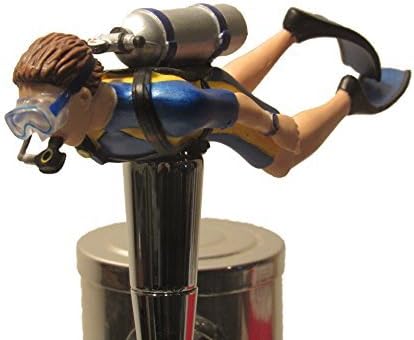 Measures approximately 2.75 inches tall, and 7 inches wide This will fit standard US faucets The base in the photo is NOT included